At Punctuate Design, we like to highlight designers who are committed to sustainable development, those who take care of the circularity of the products they design and who generally integrate the preservation of the environment in their work. Through the "personalities of the day", we would like to introduce you to these designers who inspire us on a daily basis.

KUORI is a bold and innovative concept that uses organic waste as raw material. This year Punctuate Design collaborated with her on the design of a shoe sole. Here is her story...

Very early in her childhood, Sarah learns to take into account the environment that surrounds her. It is through her education, through small daily gestures such as sorting her garbage instead of simply throwing her food away, that she gradually awakens her conscience. In this same perspective, she quickly switched to a vegetarian, then vegan diet. Sarah gives nature a significant place in her personal and professional life. She makes sure that all her concepts are responsible, in line with her values.

"As a product designer, it is especially important to me to create sustainable design, because responsibility must already be built into the idea," she explains.

Her job as a material designer

Sarah originally trained to be a product designer, but after experimenting with different types of design, she finally decided to focus on material design, of which she is now a specialist. What she particularly likes about this job is its interdisciplinary nature, its ability to evolve and to always propose new challenges.

Her definition of design

For Sarah, design is about attracting attention and educating. It is important to build a plausible value system, to communicate and above all to think big. Sarah believes in responsible design, following the biological or industrial cycle, a design based on the philosophy of "Cradle to Cradle" (the possibility to create and recycle endlessly). Today, she tells us, we need to focus on how we consume and select the right materials.

"Our current technology and methodology allows us to solve many of the environmental problems that are coming up, so what are we waiting for ? "

The goal of her research ‍

Sarah, on her part, is not waiting for anything to start. She is now focusing on upcycling, which is working with waste to make new materials. The interest of this alternative is twofold, as it allows not only recycling, but also a reduction of waste at the same time. The aim of her research is to provide materials for sustainable products, manufactured in a recyclable way, and to save our resources and avoid the accumulation of waste. The next step is to convert these materials into real products, to prove that they are functional and not just conceptual.

The origin of KUORI material

The creation of new materials is a complex task that requires the consideration of several factors, such as the cost of production, the supply of necessary resources and the environmental impact. But in Sarah's case, the original purpose of the KUORI adventure was to meet the requirements of her professors.

It was during a semester at the University of the Arts in Berlin, in a materials design course, that the young woman first thought about the KUORI concept. "We were given the task of inventing a completely new material," she says. At the time, environmental issues were already at the forefront of her mind and it was while studying the cycle of our waste that she came up with the idea. Sarah was shocked by the amount of waste we produce every day, the amount of energy it takes to produce it, and the amount of transportation and distance it takes. She wondered how she could use this prolific source of material that no one knew what to do with. So she developed the first form of KUORI, a material made from organic waste, specifically banana peels. "I found the idea in the trash," she jokes.

The first exhibition of KUORI at the Berlin University of the Arts was a great success. Sarah succeeded in fulfilling her goals by conceptualizing a new and responsible material. She had invented a new elastic thermoplastic elastomer, a durable material that would decompose after use. For this discovery, she received several requests for awards and fairs, which reinforced her decision to pursue this path. Some time later, she decided to use KUORI to create her first product, a shoe sole.

Her concept : the sole of the shoe

Sarah reveals to us that the rubbers of which the soles are made, are at the origin of the greatest quantity of microplastics in nature. To help us understand, she chooses the example of Switzerland, her country of origin:

"In Switzerland, standard soles generate about 1000t of microplastics per year", then she adds later: "Although these tiny particles represent only a fraction of the total plastic pollution, 600 tons of them end up in the Swiss soil every year and about 15 tons in rivers and lakes".

Indeed, these particles of less than five millimeters in size are extremely polluting for our environment. Once detached from the sole, they are carried by runoff to the oceans, where they are ingested by wildlife.

Following this alarming observation, the young woman launched the incredible challenge of "revolutionizing the shoe market" thanks to the KUORI material, which she conceptualized a few years earlier. She succeeded in creating a first prototype of a more responsible and less polluting sole, with a tiny number of microplastics, compared to the average rate present in a conventional shoe sole.

It is at this stage that she begins her collaboration with our studio Punctuate Design, to work on the aesthetics and the functionality of the project. She says, "Thibault was one of the first industrial designers who approached me." From the very first conversation, we got along very well. We share a sustainable, moral approach to product design and visionary thinking.

Sarah is quite optimistic about the future of her research. She started experimenting in her kitchen and is now at the head of a growing startup. She now has a team of material designers, industrial designers, engineers, material specialists and many others. They are now all working together to develop KUORI and the feedback is more than encouraging. ''As a young, dynamic start-up, we face different challenges to solve every day. What always encourages and drives us is the very positive feedback and support from all over'' she confides. We can't wait to follow the rest of their adventures!

The banana peel shoe sole is a first step, but the KUORI material can potentially be used in a multitude of other products. However, Sarah wants to do things in the right order:

"KUORI offers a range of applications. We plan to revolutionize the shoe market first''. 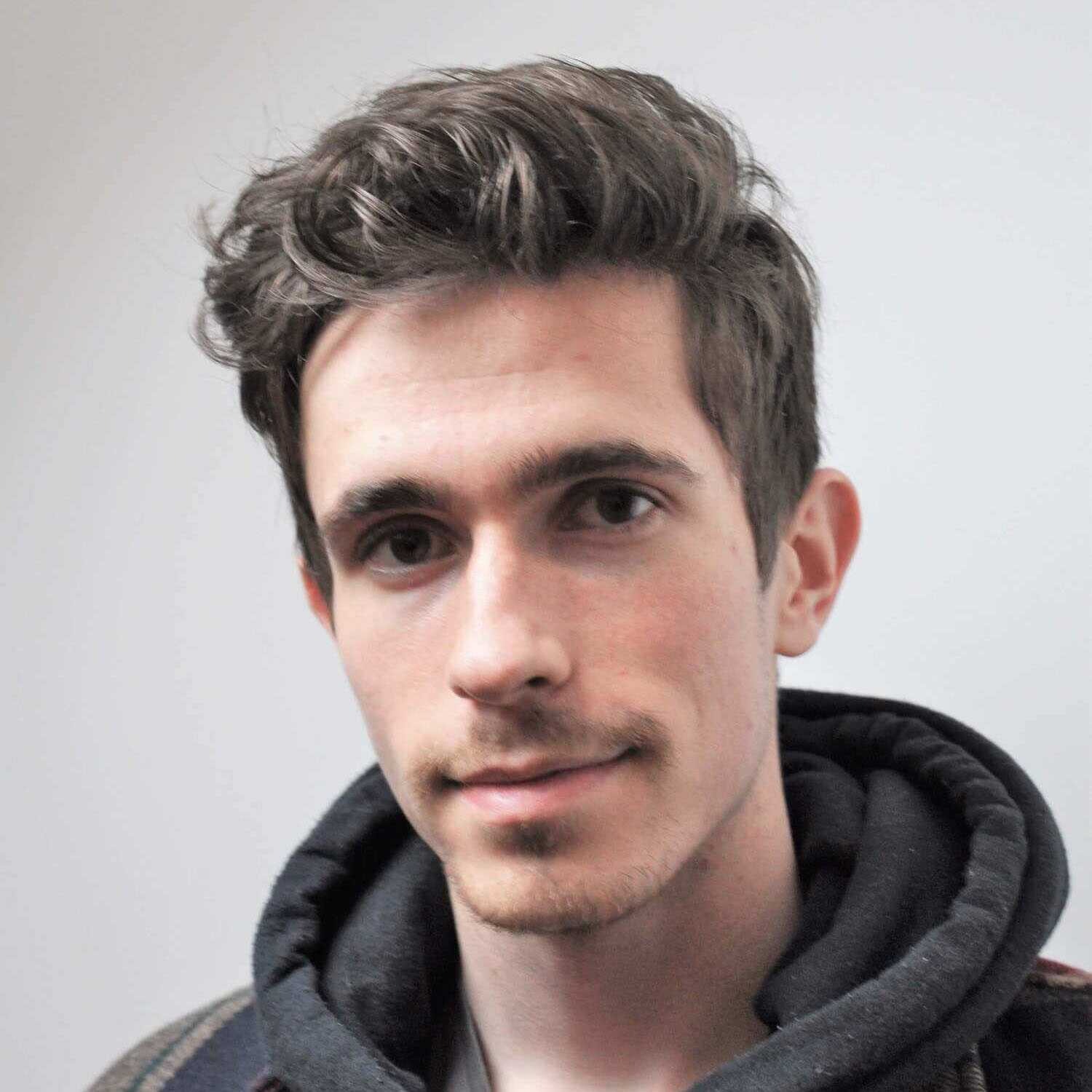 Francois Savaton
Writer for Punctuate Design / Student at Sciences Po Rennes (France), Caen campus, specializing in environmental and sustainable development issues
Sign up here and stay tuned for our latest news, insights and perspectives
Thank you! Your submission has been received!
Oops! Something went wrong while submitting the form.
Recent Posts
See All 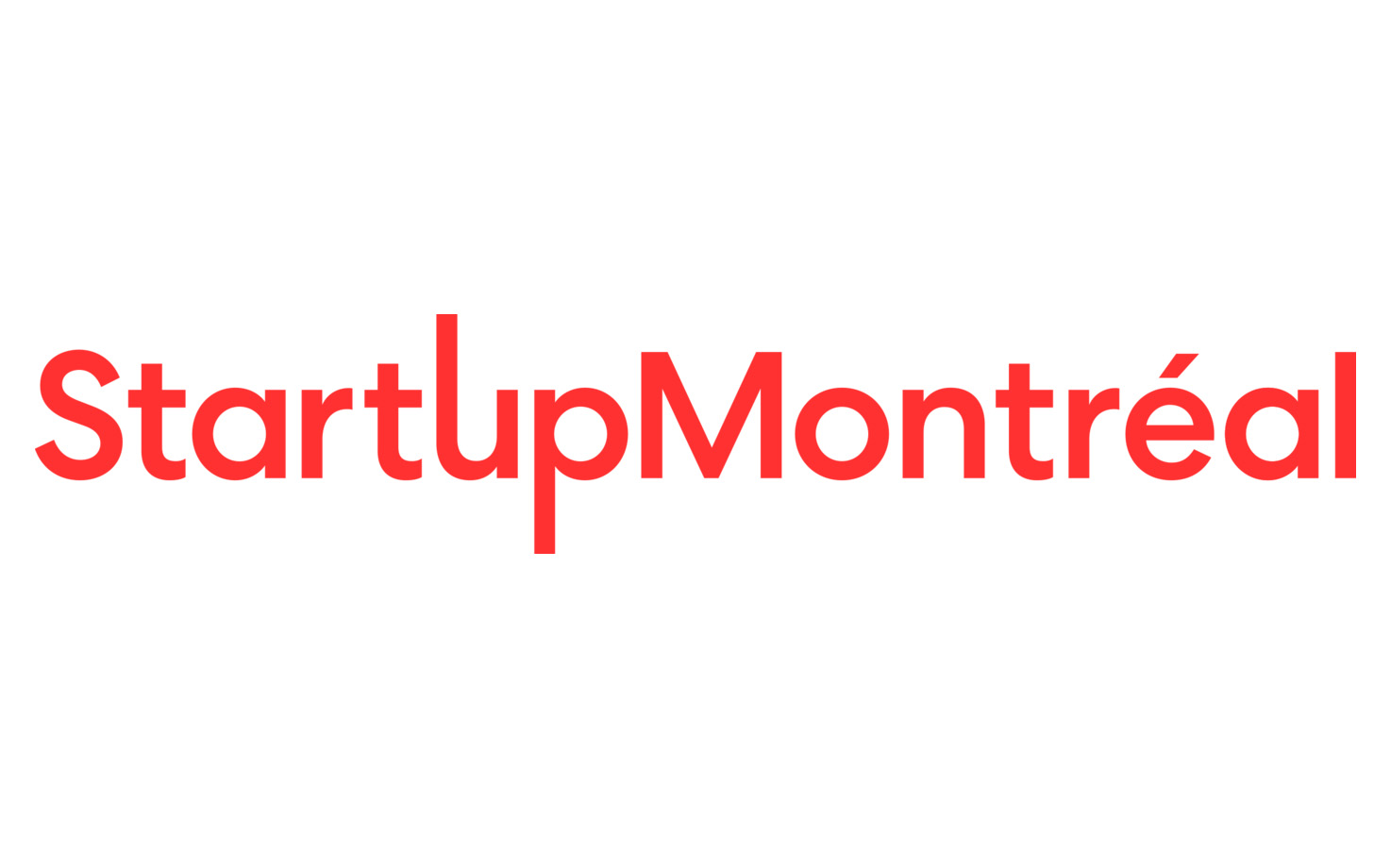 Thibault Lerailler, is starting to Coach at Startup Montréal! ‍ 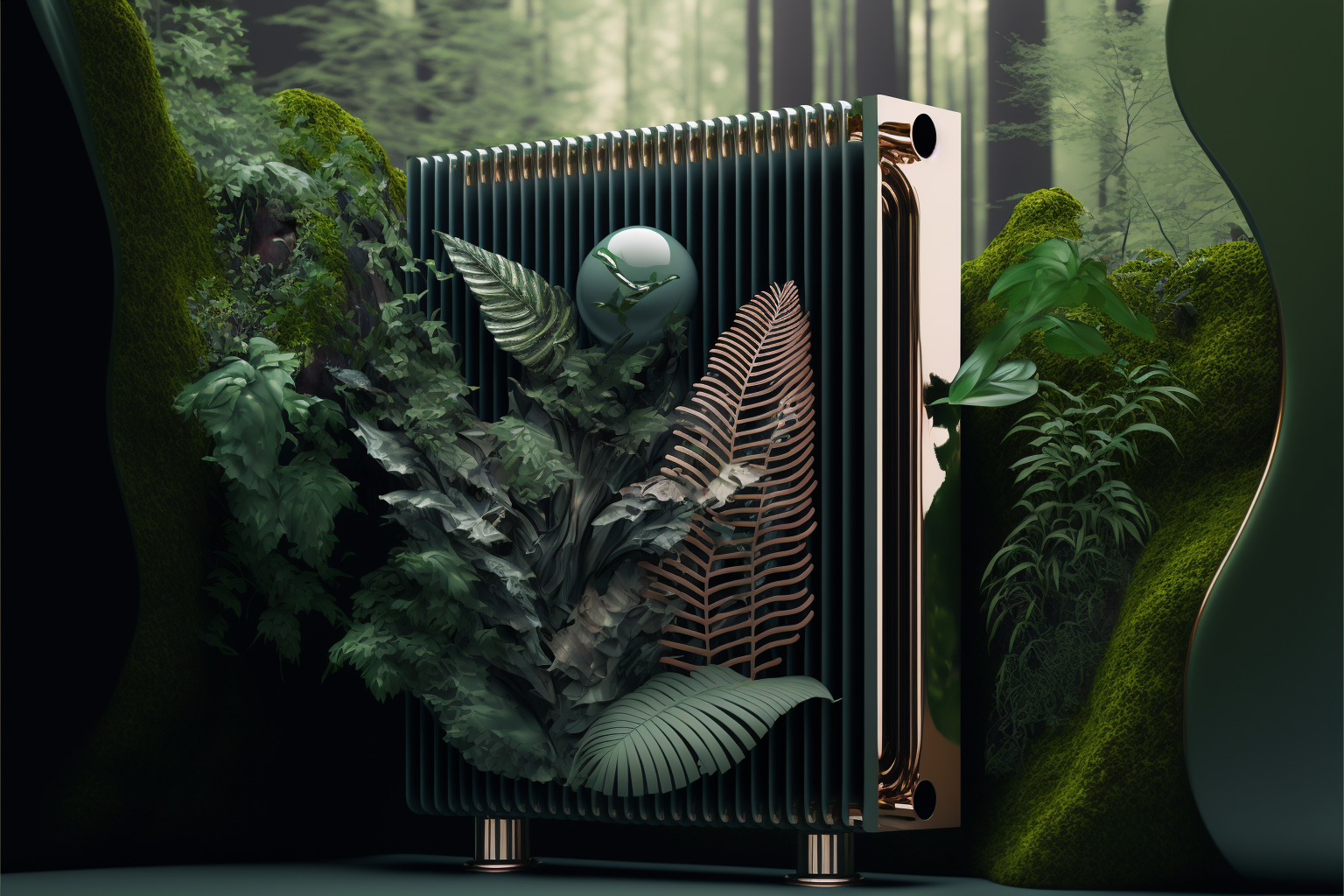 A series of case studies into sustainable product design: bringing innovation in the heating industry through our circularity workshop 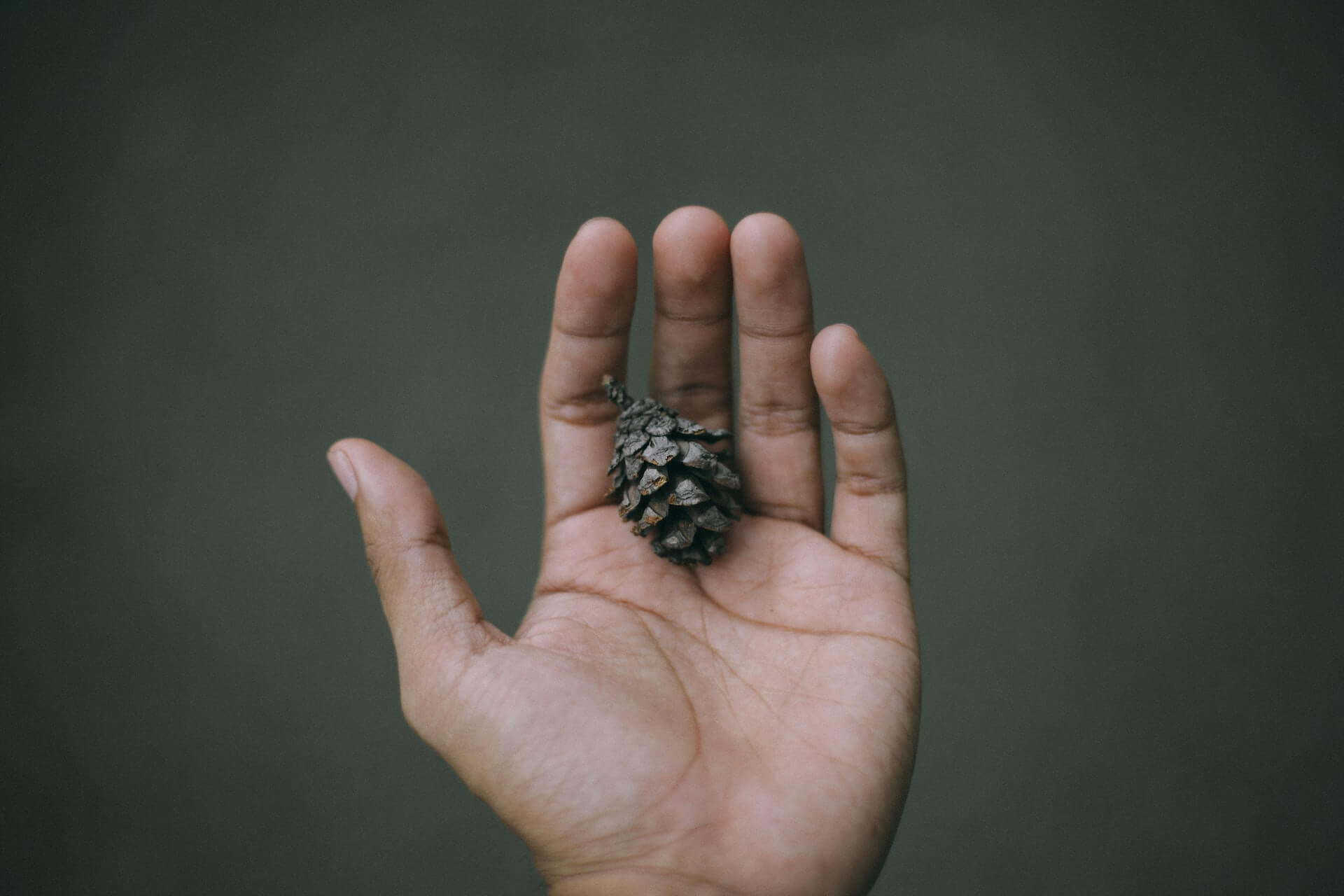 How to get funding for a startup